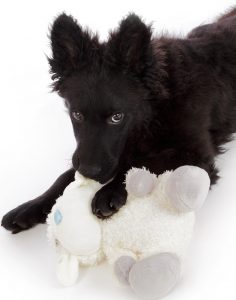 Why Do Dogs Bite? This is a question that most of us have asked ourselves at least once or twice. Even the most irresistible puppy faces can be deceptive, and for approximately 4.5 million people, this is a particularly sore subject. Using the statistics to draw this picture, in 2019, 328.2 million people were living in the US, which means at any given time, there was 1 out of 73 people bitten by a dog. However, fear not – in this post, we’re going to arm you with the facts and some prevention tips to keep the peace between man and canine!

Biting is a behavior that can occur in the calmest of canines; what we do to determine the cause is look at the factors. The first of these factors include a dog’s animal instinct to protect. Possibly the most ‘positive’ explanation for a dog bite is that the dog was guarding pups, property, or possessions. Even in this case, it’s essential to correct this behavior before it becomes too violent or causes harm. The answer in this area: more training!

Similar to the human condition, when our pups aren’t feeling good, they begin to act out in some not-so-cute ways. Unfortunately, when your dog isn’t feeling one hundred percent, he doesn’t have the luxury of verbalizing his pain. Common conditions, including injury, hip dysplasia, or paw pains, can trigger a violent reaction from your otherwise well-behaved pup. In this case, your best bet is to arrange an emergency visit with the vet. Preventative care is an effective defense against the unpredictable. During the doggy exam, your vet will pinpoint the cause of the discomfort and alleviate pain. When it comes to children and dogs, it is vital to encourage children to keep a distance from an injured or ill dog throughout this process and wait for your canine companion to return to his typically chipper self.

Animal instinct is consistent when it comes to the effects and reactions to fear. Connect this to your dog’s volatile behavior, and you may be dealing with your dog’s survival instinct. Typically, this type of behavior is directed against strangers or unfamiliar surroundings. Socialization will always be a powerful tool against your pup’s skittish behavior. Be sure to grant your doggy plenty of time around other dogs and people while he’s training. Using verbal cues, consistent training, and praise, your pup will begin to discern friend from foe. It will still be your responsibility to respect your doggy’s boundaries by ensuring that he isn’t startled awake, disturbed while eating, or surprised by a stranger. Nobody wants a rude awakening! Least of all our canine companions.

A bite worse than a bark can also be attributed to a dog’s prey drive. Regardless of how well trained your pup is or how many hours he’s clocked following your well-crafted cues, he’s still an animal! Excitement can become confusing for a playful pup as he loses inhibitions in the heat of the moment and nips at your hand. This is more common in a puppy and even more common in an untrained dog. This seemingly harmless nip should not be encouraged or left unaddressed. Additionally, it’s probably wise to avoid the tugs-of-war and wrestling – this type of behavior starts to blur the line between animal instincts and better nature.

Your dog lives a more ‘eye for an eye’ lifestyle. If he’s attacked, he will most likely not concede to prevent further harm. During walks, ensure that your dog’s leash is appropriately attached, as the leash itself serves the purpose of protecting your dog from other canines. If at any point another dog exhibits volatile behavior and starts heading for your pup, guide your doggy away from the drama. Biting behavior typically begins as a line of defense against a hostile offender, and at that point, your dog doesn’t have a choice! Prevent fights through proper training and prior knowledge of some of the telltale signs of aggression. Signs include pinned back ears, baring teeth, growling, or fur standing up. Another warning sign while approaching your pup can be stand-offish behavior. Be aware of any changes in your doggy’s demeanor or disposition.

Of course, if the worst-case scenario happens and your dog decides to snap at you, your next move is to separate and isolate your pup. Sounds harsh, but the reality is that your dog needs a minute, and likely so do you. Whether this means a crate, guest room, or outside tethered to a leash – space will de-escalate the tension and create room for correction. Securing your dog will ensure your pup’s safety as well as anyone else in the vicinity. 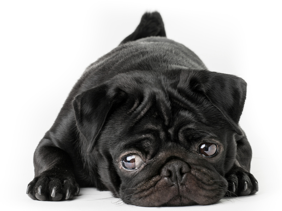